Here are the key points from a lifetime of brilliance, success, and putting a dent in the world.
Courtesy: Carmine Gallo - Steve Jobs and the Seven Rules of Success
www.entrepreneur.com 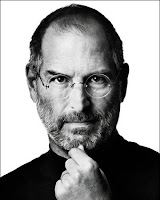 1. Do what you love. Jobs once said, "People with passion can change the world for the better." Asked about the advice he would offer would-be entrepreneurs, he said, "I'd get a job as a busboy or something until I figured out what I was really passionate about." That's how much it meant to him. Passion is everything.

2. Put a dent in the universe. Jobs believed in the power of vision. He once asked then-Pepsi President, John Sculley, "Do you want to spend your life selling sugar water or do you want to change the world?" Don't lose sight of the big vision.

3. Make connections. Jobs once said creativity is connecting things. He meant that people with a broad set of life experiences can often see things that others miss. He took calligraphy classes that didn't have any practical use in his life -- until he built the Macintosh. Jobs traveled to India and Asia. He studied design and hospitality. Don't live in a bubble. Connect ideas from different fields.

See Rules 4-7 by clicking on the "Read More"

4. Say no to 1,000 things. Jobs was as proud of what Apple chose not to do as he was of what Apple did. When he returned in Apple in 1997, he took a company with 350 products and reduced them to 10 products in a two-year period. Why? So he could put the "A-Team" on each product. What are you saying "no" to?

5. Create insanely different experiences. Jobs also sought innovation in the customer-service experience. When he first came up with the concept for the Apple Stores, he said they would be different because instead of just moving boxes, the stores would enrich lives. Everything about the experience you have when you walk into an Apple store is intended to enrich your life and to create an emotional connection between you and the Apple brand. What are you doing to enrich the lives of your customers? 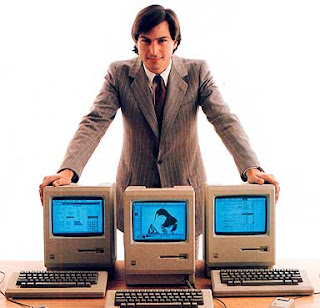 6. Master the message. You can have the greatest idea in the world, but if you can't communicate your ideas, it doesn't matter. Jobs was the world's greatest corporate storyteller. Instead of simply delivering a presentation like most people do, he informed, he educated, he inspired and he entertained, all in one presentation.

7. Sell dreams, not products. Jobs captured our imagination because he really understood his customer. He knew that tablets would not capture our imaginations if they were too complicated. The result? One button on the front of an iPad. It's so simple, a 2-year-old can use it. Your customers don't care about your product. They care about themselves, their hopes, their ambitions. Jobs taught us that if you help your customers reach their dreams, you'll win them over.